Solving the culture/technology dilemma; could it drive our nation further? 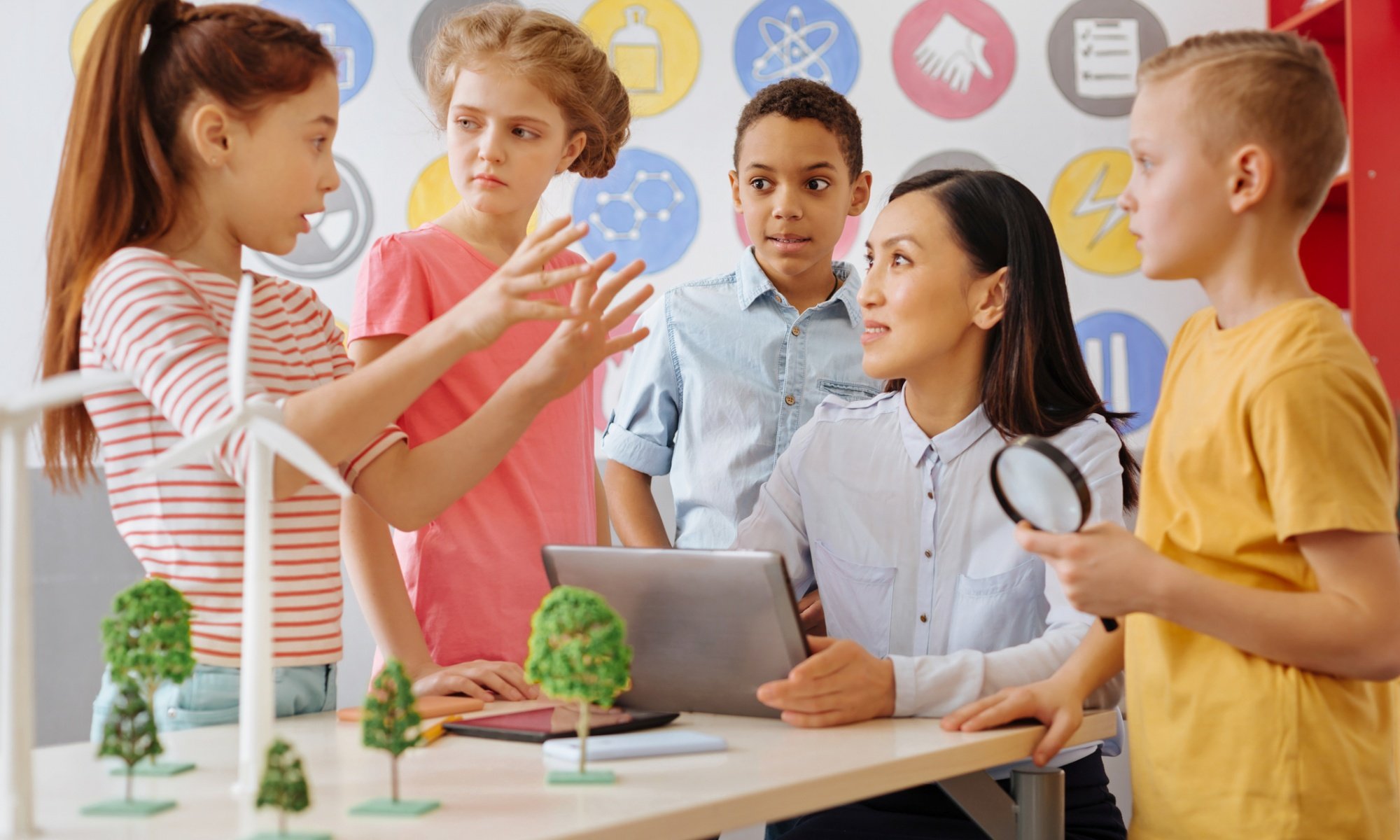 Written and produced by Colin Klupiec

In late 2014 I had the great privilege of visiting a Festool advanced manufacturing facility in the middle of Germany, not far from the city of Stuttgart. As a technology educator, this was akin to a child visiting the best toyshop in the world, since Festool makes some of the finest power tools available, and I was using them in my daily work. Given my German heritage, and fluency in the language I knew I could approach this with confidence. I stretched out my hand and greeted the energetic process engineer, and in my excitement, realised that I had just committed my first faux pas. I used a casual greeting. How could I make such a beginner’s mistake? Traditionally, this would be a social disaster, particularly in a corporate context. Yet my young (and progressive) host recognised what was going on, smiled and graciously welcomed me in. I hadn’t even made it through the door, and culture was already playing a significant role.

Fast forward to the present, and the experience still resonates, particularly given that technology education, and more specifically STEM (science, technology, engineering and mathematics) is yet to demonstrate a significant uptake in student interest (Education Council, 2018). Why aren’t more students passionate about STEM learning pathways in senior school years? Perhaps it is because there are many definitions for what STEM actually is, which results in lack of consensus of what the ‘subject’ looks like (Holmlund, Lesseig, & Slavit, 2018). This undoubtedly forms the first hurdle, because it’s hard to implement a learning area with so much ambiguity. At the same time, Australian education bodies note that the number of students studying foreign languages is also in decline (ACOLA, 2013). Is this a curious coincidence, or an opportunity for investigation, or both?

Consider the plausibility that there is a connection between declining interest in STEM and foreign language learning in schools. Not because they are seemingly unrelated. But because there are overlapping elements of ‘culture’ which are easily overlooked or forgotten, as I was quick to experience in my visit to Festool. Referring again to definitions, it is noteworthy that many describe STEM in much broader terms than its component subjects of science, technology, engineering and mathematics. Definitions include an “enterprise that operates with a social license”, which is “truly global” and “bridges cultural divide” (Office of the Chief Scientist, 2013). STEM “contributes to personal, social, and economic outcomes” (Timms, Moyle, Weldon, & Mitchell, 2018). STEM outcomes are “cultural achievements that reflect people’s humanity” (National Research Council, 2011), and “broaden student understanding of STEM disciplines through exposure to culturally relevant STEM contexts” (Moore, 2008). Comparing these definitions with the rationale for languages as stated in the Australian Curriculum (AC) makes for interesting reading, where “language capabilities represent linguistic and cultural resources through which the community can engage socially, culturally and economically, in domains which include business, trade, science…health and communications” (ACARA, 2018). And notably the rationale from the International Baccalaureate (IB) which aims to “enable students to understand and use the language they have studied in a range of contexts and for a variety of purposes” (International Baccalaureate, 2014). There is certainly an overlap. Ironically, the introduction of computers into schools was meant to be part of the solution. Who can forget the bold claims of a ‘digital education revolution’ made by Kevin Rudd in the 2007 labour election campaign? The benefit to trade and technical students, to the study of sciences and chemistry, and the turbo charging of foreign language learning that computers would facilitate was certainly a vision. But the results have been lacklustre. Despite the above, thousands of teachers have tried to move the needle on this issue and are doing great work. But perhaps the complication of culture is just too difficult to overcome. We need innovation, but what kind?

Clayton Christensen is known the world over for his ground breaking work on disruptive innovation (Christensen, 2000). He distinguishes disruptive technologies from what he calls sustaining technologies, in that sustaining technologies “improve the performance of established products, along the dimensions of performance that mainstream customers in major markets have historically valued. Most technological advances in a given industry are sustaining in character”. In other words, we like it when the products and services we buy continue to get incrementally better. According to Christensen, managers generally allocate resources to such innovations because it makes sense to do so. Seems obvious, right? By contrast, disruptive technologies “bring to market a very different value proposition that had been available previously. Generally, disruptive technologies underperform established products in mainstream markets. But they have other features that a few fringe (and generally new) customers value” (Christensen, 2000). Historically, managers have been hesitant to allocate resources to disruptive innovations because it doesn’t make sense to do so. Schools can learn from this dichotomy. What if the STEM and language declines could be turned by an unknown or nonsensical value proposition? Not that we ignored it. It’s just that making classes work in unusual combinations is difficult, especially when students are mostly choosing other subjects. It doesn’t make sense to allocate resources that way. Although doing so, may be precisely what Australia needs if it is to address the aforementioned declines. This is a dilemma.

Consider the opening story. It’s easy to consider wider factors when you’ve suddenly found yourself red-faced in a culturally awkward situation and everything becomes crystal clear. But it’s a tough sell to students and school administrators when the resource allocation doesn’t make sense and the benefits only become apparent years later; potentially in another country, contributing to another country’s economy. But could the complementary cultural themes across learning areas drive an awareness of unknown value propositions? Could a disruptive approach to designing learning pathways and resource allocation indeed contribute to reversing the STEM and languages declines? Maybe. But it will take vision, and risk taking to find out.

Office of the Chief Scientist. (2013). Science, Technology, Engineering and Mathematics in the National Interest: A Strategic Approach. Retrieved from Canberra:

Whatever your role, Sentral can help

Sentral’s new Parents app puts you in control. Stay across your child’s school development, and have direct communication with teachers. And that’s just for starters.

There’s more time to teach thanks to Sentral’s school management system. All your routine tasks are made simple & efficient.

Comprehensive, user-friendly, compliant & cost-saving. All the things you’d expect from a school management system are delivered here by Sentral.

The new Sentral for Parents App: rebuilt for 2020 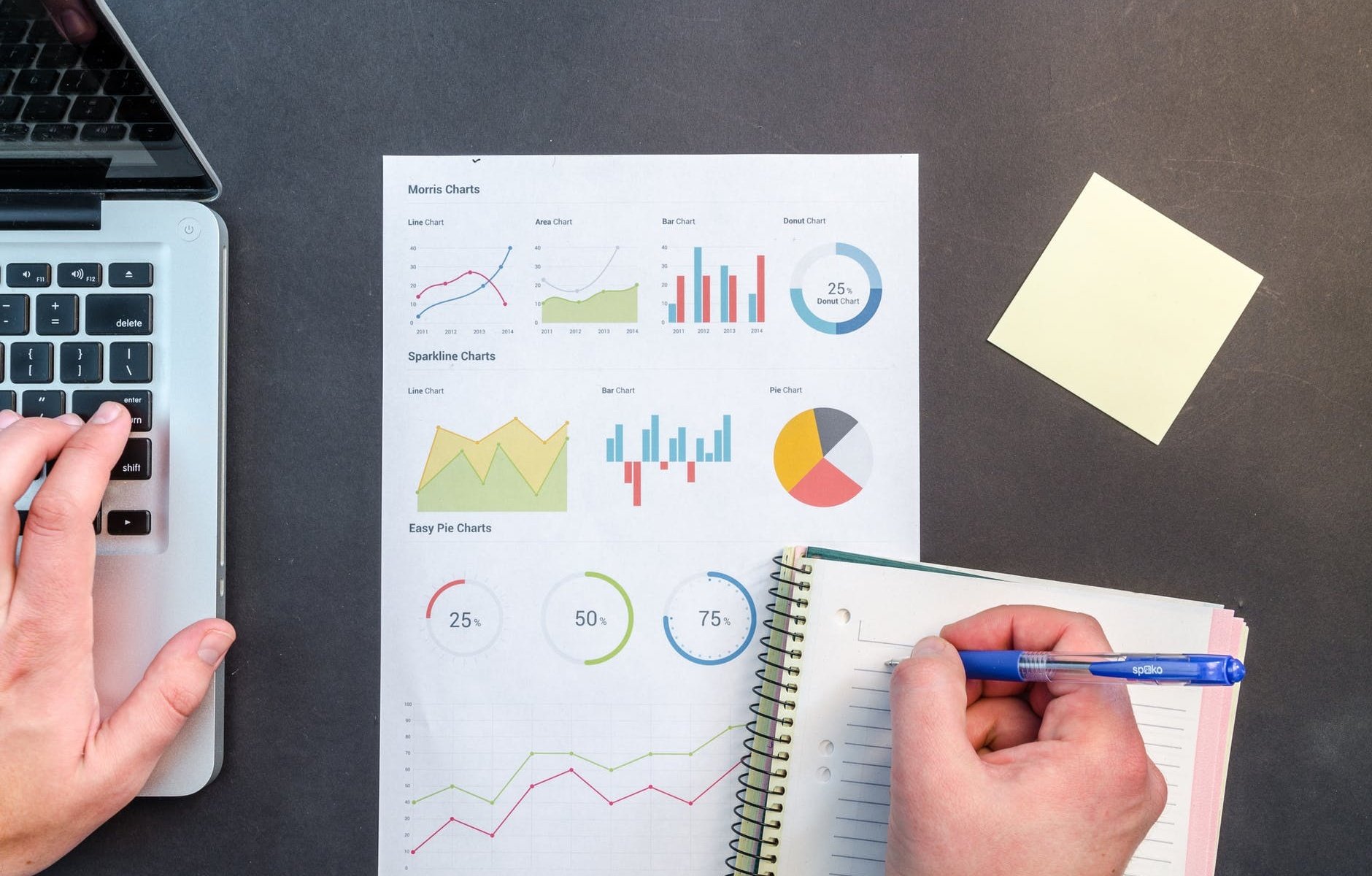 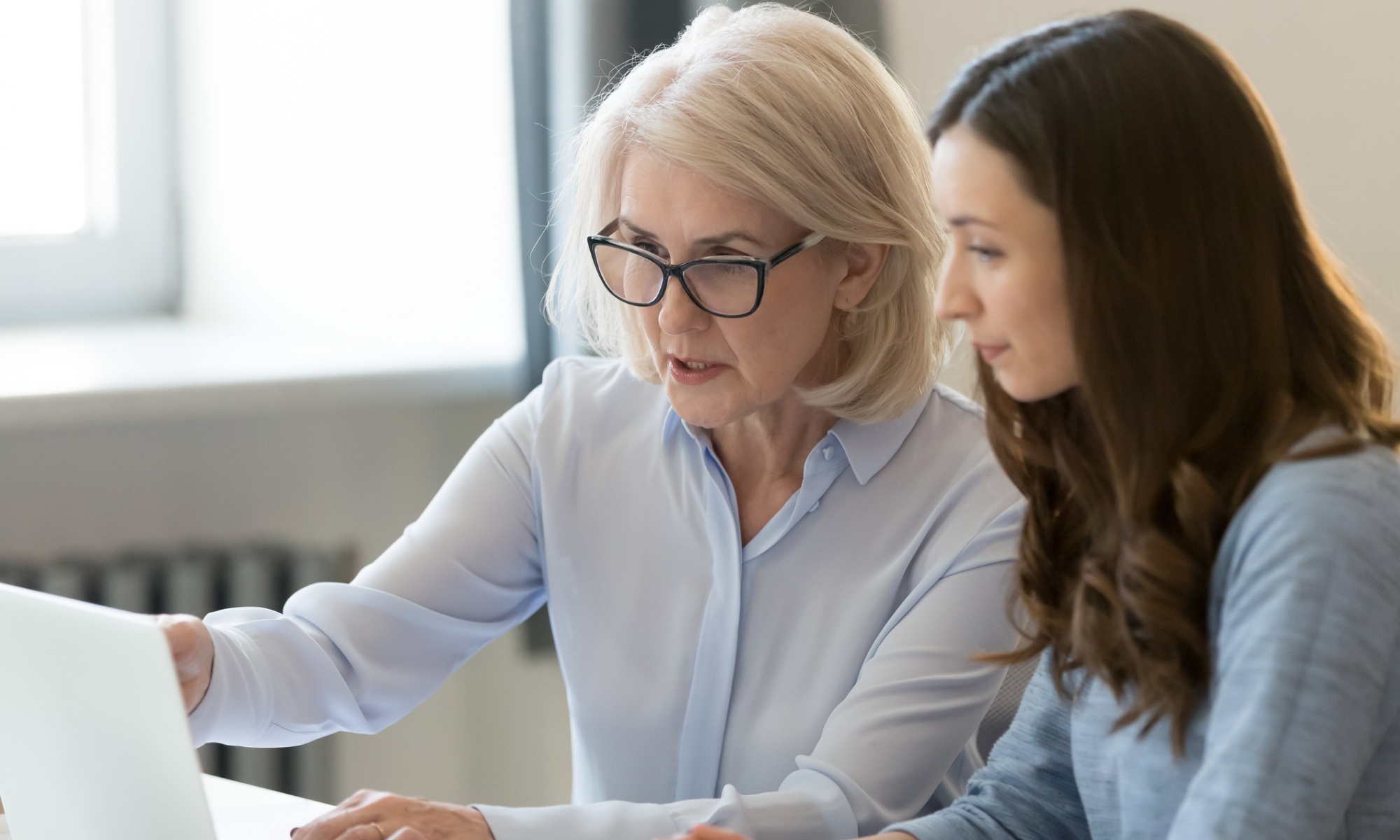 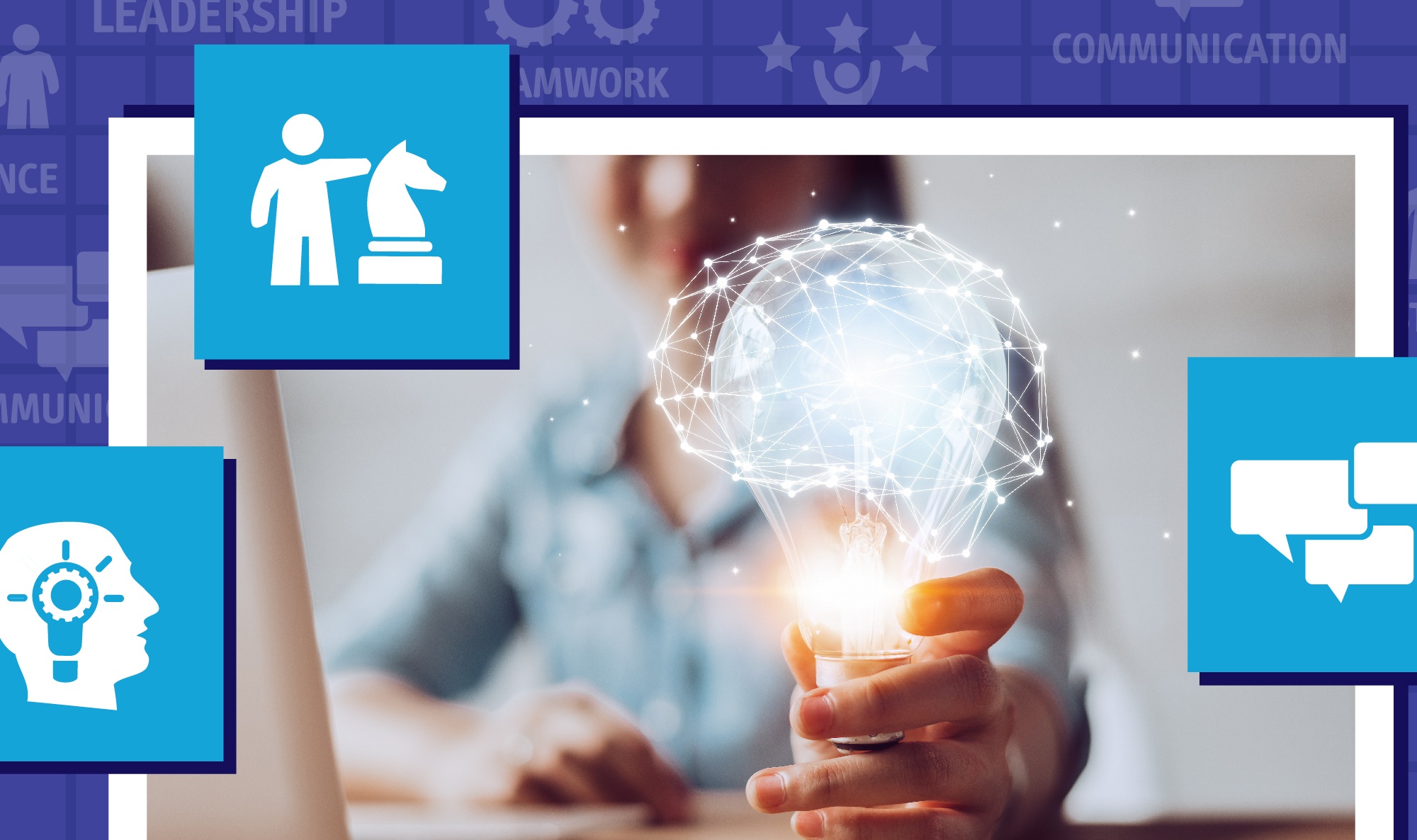 Now is the perfect time to nurture those all-important softer skills!